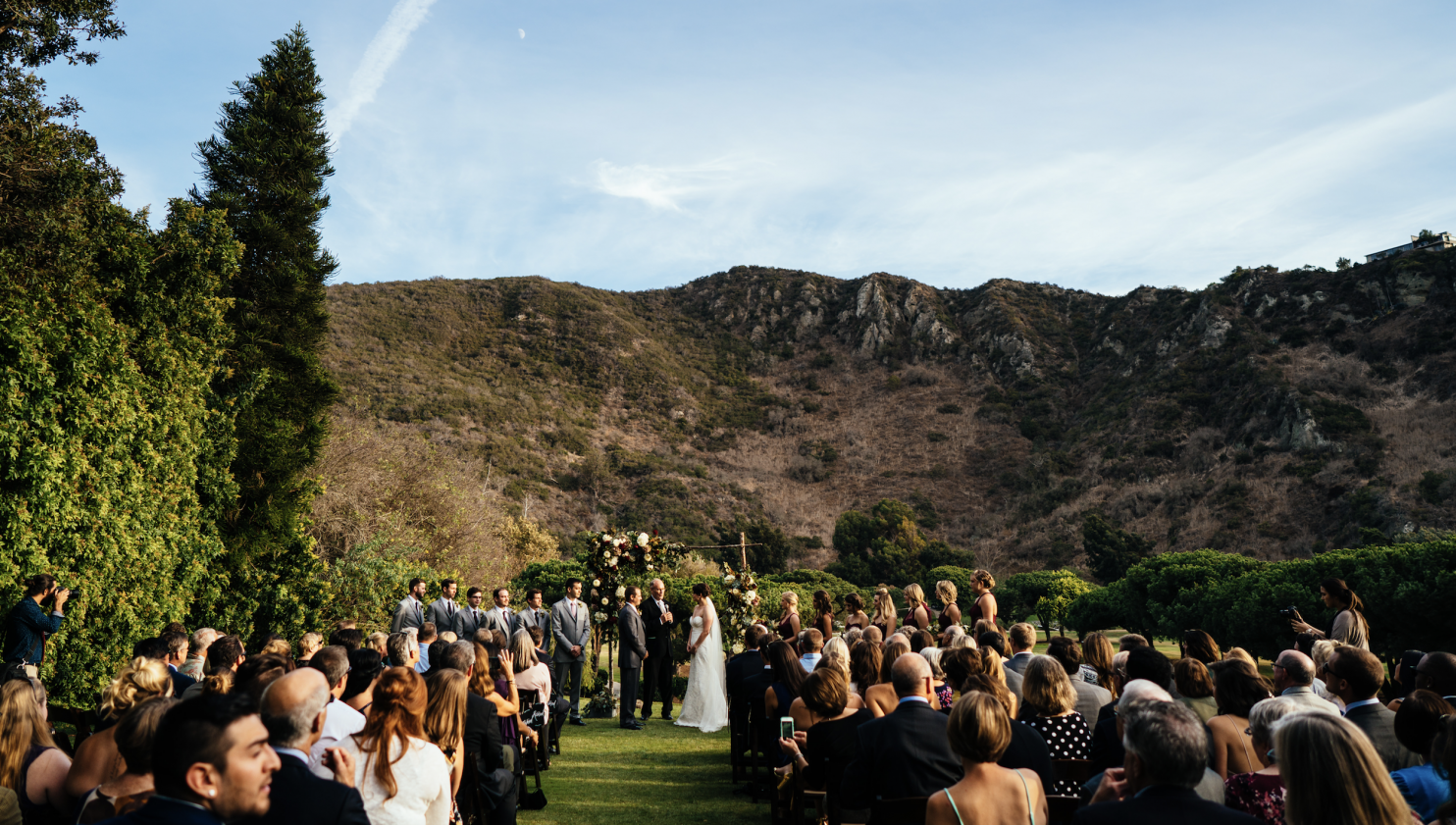 Stephen had been one of Steve’s groomsmen and now Steve was one of Stephen’s.  In fact, Stephen’s other three groomsmen had been groomsmen for Steve, as all the guys had been in the same fraternity at UCLA.

I wanted to make sure that at Stephen and Monique’s ceremony I didn’t say any of what I had said at Steve and Katie’s wedding.

But not only could Stephen and Monique not remember what I had said, not even the groomsmen could remember!

After the ceremony, I asked Katie, last year’s bride, if I had repeated what I’d said at her wedding.

She laughed as she, too, couldn’t remember what I had said.  All she knew was that she felt as refreshed at this wedding as she had at her own.

When I coach professionals in public speaking, I remind them that all sorts of studies confirm that after a presentation people forget 50% of what they heard by the time they get home and they will forget 50% of the 50% by the next day.

I stress that before giving a presentation, a speaker needs to know what it is they want their audience to remember.

I recently met with a couple who are getting married next year.  When I asked them if they know what they want or don’t want in their ceremony, they told me about a boring wedding they’d attended.

While they couldn’t remember what the officiant had said, they remembered how the ceremony had a disjointed feel about it, how nothing that was being done or even said made sense.  They felt like they were simply observers, onlookers at an odd event.

Another couple I recently met with originally were going to marry last year but with less than a month to go they called it off.  They’re now at a place where they know they are necessary in each other’s life and are ready to marry in a way they were not the first time.

To my surprise, they told me that they couldn’t stand the officiant they had hired, but they didn’t care as he was cheap and saving money had been their priority.

The bride shared that now the ceremony is the most important part of their wedding day and she wants it to be meaningful.

So, what is this “thing” we know as a wedding ceremony?

Strip away the clichés, religious and civil, strip away the pomp and circumstance, and what you’re left with is – an exquisite moment in time.

A ceremony acknowledges and affirms (and blesses) the simple and lovely miracle of these two persons, alive on earth at the same moment, pledging to live all the remaining moments of life together.

Despite its power, or maybe because of its power, a ceremony is a fragile experience.

It’s not a vehicle for lecturing or venting. Rather, it’s a moment in time in which everyone present does something out of the ordinary – they give thanks for the brave generosity of two people.

Last month I officiated eleven weddings that together had over one thousand guests.

Given the opportunity to speak to a thousand people was a privilege I cherish.  I wonder about all those wedding guests – What will they remember of the ceremony?

What do I want them to remember?

While I’ll never know what they remember, here’s what I hope they will remember:

Maybe, though, all I want them to remember, is this –

How to Write Your Vows: Giving Voice to What Is Deep Within