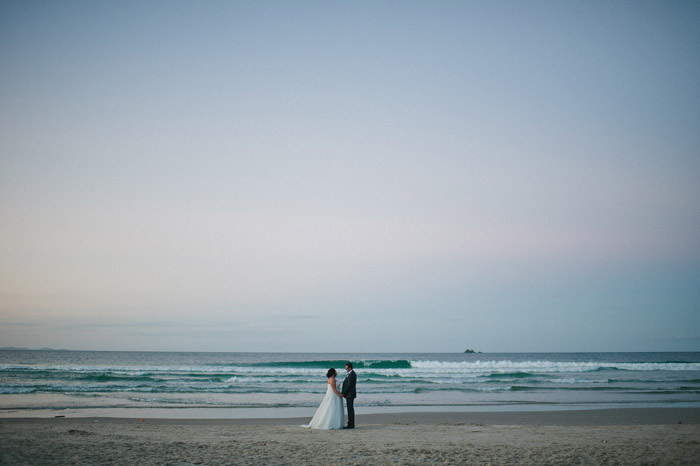 When I meet with a couple to discuss their ceremony I ask a lot of questions – not because I’m nosey, rather because I want to get as a full a sense of who they are as possible.

One of the questions I ask is: “Your parents: alive, deceased; together, not together; talking, not talking; or any combination thereof?!”

Occasionally, a couple will say that both sets of parents are together and equally happy for them.

More often, though, I get answers that are complicated for any number of reasons!

Last year around this time (ah, for the good old days!) I met with a bride, Ellie (names changed), whose father had refused to give his “blessing” to her and her fiancé Finn.

For five years he held back.

Finally and somewhat begrudgingly he gave his approval. He reached this place because both Ellie and Finn, were patient and, in my opinion, generous in their consideration of his feelings.

Ellie shared with me a letter she had written her dad. It was over six pages, single-spaced and I, who seldom cry, was misty-eyed by the end.

If you’re reading this post and are a bride or groom, I know that you have your own story with your parents.

I want, though, to share a very edited selection from Ellie’s letter.

Well, one of my favorite quotes is from the great (and infamous) Irish writer, Oscar Wilde. He said,

“Never love anyone who treats you as ordinary.”

I love that notion of not giving your love to someone who thinks you’re merely ordinary.

The selection below (details have been altered to protect privacy) moved me because clearly Ellie and Finn do not treat each other as ordinary. . .

Finn is my best friend. He works 30-hour shifts with the pager going off constantly, trauma patients coming in, the doctors asking for help, the nurses calling for orders, the patients and families wanting someone to talk to – it’s chaotic.

And after all that he goes home exhausted and he still finds it in himself to call me, talk to me like I’m a human being, ask me how my day was. He listens to me complain about school and how I’m exhausted and he helps me through it. He never gets angry at me, he never gets impatient, never tells me that my problems are insignificant compared to his. . .

Since I’ve met him he has never once raised his voice at me, never disrespected me, never made me feel inferior and even in the most stressful times in his own life he’s never taken his emotions out on me. He understands me, appreciates me, takes care of me and always knows exactly what I want. He makes me smile when I need to, lets me whine when I want to and is always there for me through everything. . .

The only thing that makes this picture incomplete is the fact that you decided long ago that you dislike him.

You think he’s unreliable but what you haven’t seen is how he always keeps his word and follows through with the things he says. You think that he can’t stay faithful but I’ve never met a more faithful person to his friends, his family, his colleagues and to me.

I always doubted myself, always figured I was doing something wrong, I always wanted to know what I could fix or do better. I thought that the cost of knowing what he was thinking was having to deal with his raw emotions.

Little did I know that there could be someone who would tell me everything they were feeling but at the same time realize that I wasn’t the source of his negative emotions, I was the cure for them and there was no need to take his anger out on me.

I know the type of person that you are trying to protect me from; but time and time again Finn has shown me that he is not that type of person.

I don’t want to lose my family over this. I’d like to be able to have a calm conversation with you about this without any yelling or arguing.

If you’ve been to a lot of weddings, chances are you’ve heard read the classic excerpt from St. Paul’s letter to the Corinthians, “Love is patient, love is kind.”

It’s a powerful reading, but because it has been heard so many times at weddings, it’s lost it’s force.

What strikes me is how similar Paul’s words on love are to the words Ellie uses to describe the love she shares with Finn.

Love cares more for others than for self.

Love doesn’t want what it doesn’t have.

Doesn’t have a swelled head,

Doesn’t force itself on others,

Doesn’t fly off the handle,

Doesn’t keep score of the sins of others,

Doesn’t revel when others grovel,

Takes pleasure in the flowering of truth,

Puts up with anything,

Always looks for the best,

But keeps going to the end.

My hope is that your wedding celebrates a love that truly is extraordinary.

My hope is that your love for each other will always be extraordinary!