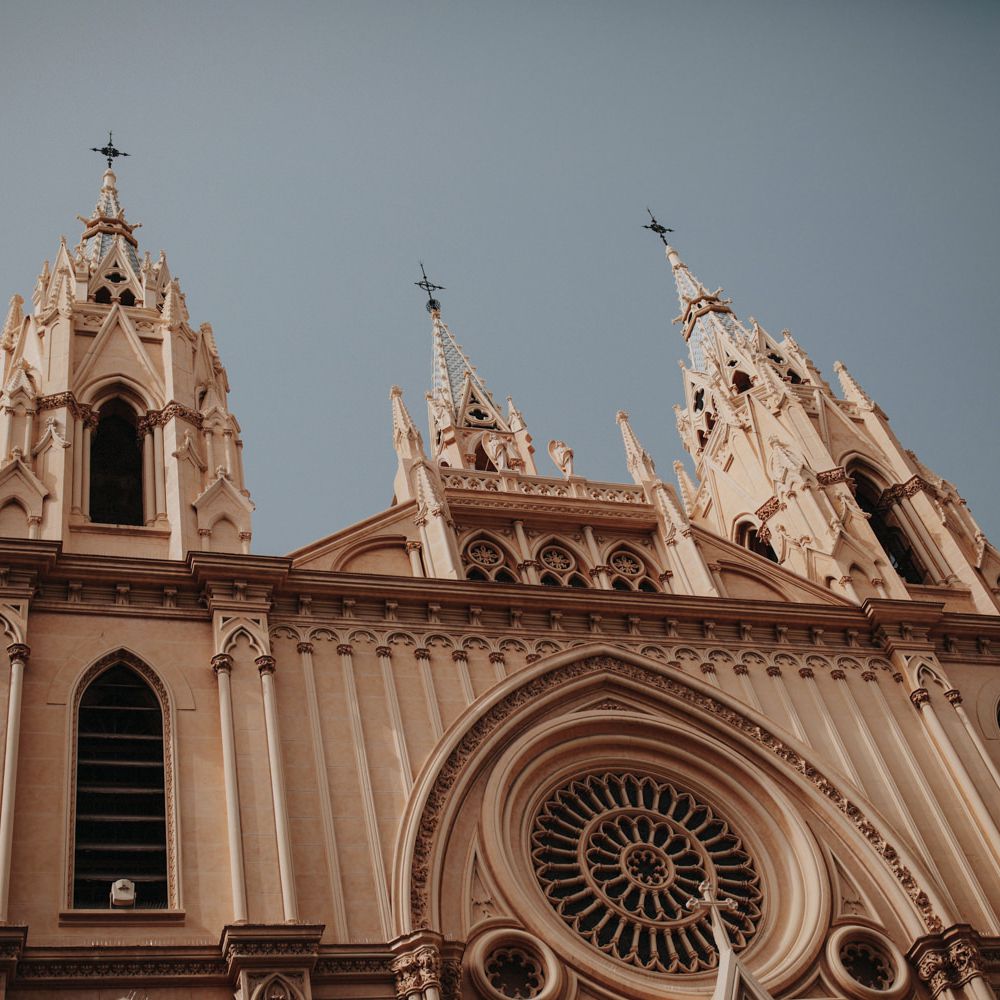 I recently had a call from Sandra (names changed), the mother of a bride. She upfront told me that she’s upset her daughter wasn’t getting married in a church and she doesn’t know what to do.

Sandra had been raised Catholic, converted to Lutheranism. Although her husband is Catholic they both were lax raising the children in the practice of the Church.

Three years ago, she had a talk with her daughters, telling them that it was important they be married in a church, or at least by a cleric, because marriage is sacred.

Now her oldest daughter is getting married at a private ranch and has asked a friend (who is not a cleric) to officiate the ceremony.

Sandra is upset and worried about how the ceremony will turn out. Her nephew had his boss do his wedding ceremony and it was a disaster.

Sandra admitted that when the kids were growing up Sundays were for sports and now she wonders if she had made the right decision.

She reached out to me because – well, because she wanted someone to listen! Sandra is not the only worried parent I’ve encountered over the years.

Another mother wrote me saying that she didn’t want to interfere with the ceremony but. . . she told her daughter that it was important for her to hear the word “God” mentioned at least once in the ceremony. Her daughter and fiancé had already told me that they did not want any mention of God in the ceremony.

Bridget’s mom told her that she wanted to hear church bells ring at the end of the ceremony as she believed it wouldn’t be a “real” wedding without church bells. Hmm. . .that was going to be hard to pull off since the wedding was taking place at a private golf resort!

Paula informed me that she wanted The Lord’s Prayer included in her ceremony so as to please her parents – but she didn’t want to personally recite the prayer. She saw nothing odd in wanting her guests to recite the prayer while she remained mute!

One of my favorite parents was the thrice-divorced dad who was upset that his daughter wasn’t getting married in the Catholic Church. Hmm. . .I so wanted to ask him if he knew the Catholic Church forbade divorce even once, let alone three times!

And in the tradition of “love is patient, love is kind,” there was the bride who told me her father emotionally blackmailed her with the line, “If I’m paying for the wedding then you’ll have a Catholic ceremony.”

Leah (Christian) and Brian (Jewish) shared with me that both sets of parents worried what their ceremony would look like if it was on a beach and would it favor one religion over the over.

Then there were the too-many parents who simply boycotted their child’s wedding because they were marrying “outside” the family’s faith – Mormon vs. Catholic, Jewish vs. Evangelical, Armenian Orthodox vs. Atheist. Oh, and the Armenian dad begged me not to perform the ceremony, seemingly forgetting that if I didn’t officiate then someone else would.

Weddings press SO many long dormant buttons and trigger emotions and beliefs that take the couple and their families by surprise.

It would be easy to dismiss the concerns of these parents as being unfair or superficial. And I was sorely tempted to dismiss them!

In each scenario, people were expressing real and strong desires, beliefs and fears.

It is those fears that both baffle and intrigue me. Without exception every parent I’ve mentioned in this post knew their child no longer practiced the faith of their family. They knew their child was “spiritual” at most. That their child did not want a religious service “should” not have surprised any of these parents.

So, what were they really worried about?

“What would family members think?” Sure, I have no doubt this was a concern for some of the parents.

That their child was turning their back on family, culture, origins? Yes, I think this was a significant concern for some of these parents. “We marry our own” was the understanding.

But, as I’ve asked in previous posts, what kind of God punishes LOVE??????

AND for all the parents there was the fear – what will the ceremony be like if not performed by a “professional?”

Of all the fears listed, this is the one I most readily understand because a ceremony is a unique form of public speaking and gathering. There is simply nothing like it.

When done right, a ceremony honors the sacredness of what a couple is doing even without being religious or denominational BECAUSE when you give your word to another it’s bigger than the two of you. It is a transcendent act.

The greatest compliment I ever received as an officiant was offered me by an unlikely trio – the Jewish father of the groom + the Irish grandmother of the bride + a self-proclaimed atheist friend of the couple. Each told me how much they appreciated the ceremony – a ceremony that was non-denominational and that had only a passing reference to “God.”

What were they all responding to?

What could be more “religious” than that?

So, what to do as you sort through the concerns, requests, fears and demands of parents?

If you’re going to invite a friend or relative to officiate then please understand that love alone is not going to get you a great ceremony! Just because someone “knows” you that doesn’t mean they have what it takes to pull off an engaging ceremony.

HOW to OFFICIATE a NON-DENOMINATIONAL WEDDING CEREMONY