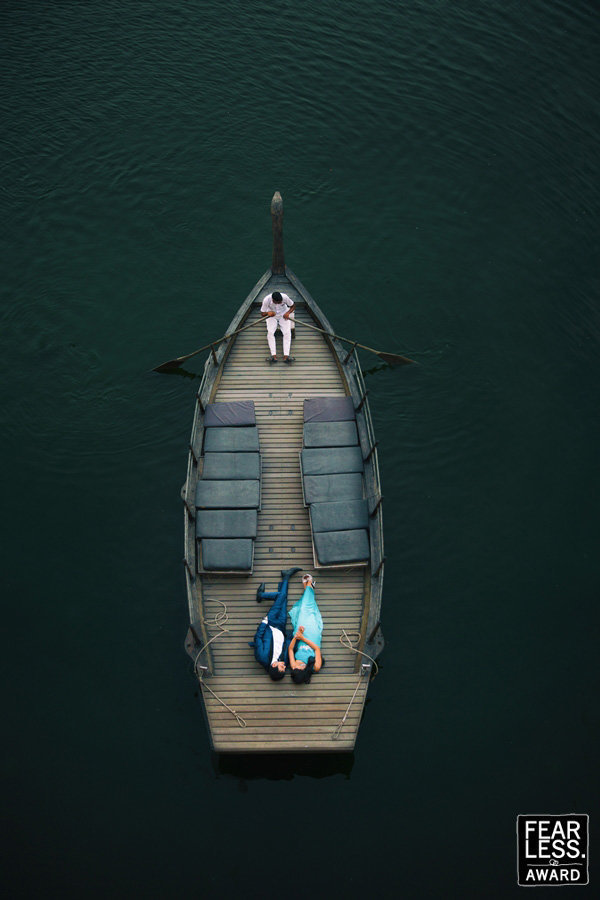 I promise to be true to you

In good times and in bad,

In sickness and in health.

I will love you and honor you,

All the days of my life.

This is my solemn vow.

I recently ran into Danielle – her mom, Becky, is a good friend of mine. Danielle’s youngest child, Declan, is six months old. About six weeks ago Danielle noticed that Declan wasn’t using his left hand and was overcompensating with his right hand. She took him to the pediatrician and so began the most hellish 24 hours of her life.

Making a long story way shorter, within the span of 24 hours, Danielle and her husband Ryan were told that Declan might have a brain tumor, then they were told he might have cerebral palsy until finally they were informed Declan had had a stroke while in the womb. His left-side motor skills were impacted.

While the prognosis is good for the long haul, for Danielle and Ryan it has been an indescribable roller-coaster of emotions.

And yet Danielle told me that she and Ryan are stronger now than at any point in their relationship. They know they will survive – and thrive.

I’ve said it here in this blog many times before – it is always such an honor to bear witness to a couple’s vows. I’m in awe as I witness a couple make that leap of faith. BUT, I also know that no couple fully comprehends just what it is they’re vowing. How could they?

How could any couple truly appreciate what those bold words mean, “in good times and in bad; in sickness and in health”?

Danielle and Ryan didn’t fully understand what they were vowing. BUT they are grateful they made those vows BECAUSE it is those vows that are giving them the strength they need now for Declan and for each other.

that wellspring of courage – and joy! 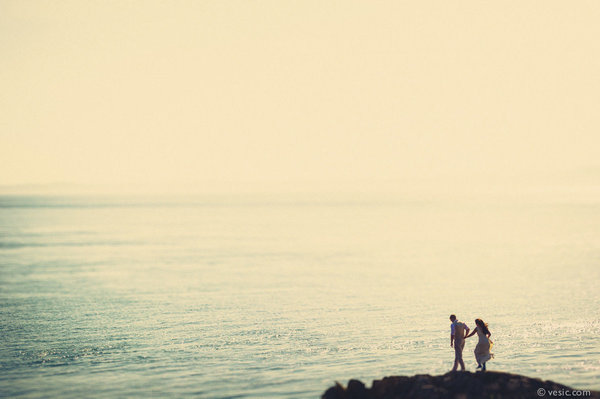 Here’s a story that will give you a peek into why I love officiating weddings. . .

Sheryl and her fiancé Tad (names changed) decided to have an intimate weekday wedding at Table Rock Beach, a secluded slice of Laguna Beach. They invited ten close friends to their celebration. Tad’s family is in Tennessee and later in the month Tad and Sheryl were going back for a party in their honor.

I visited Sheryl at her hotel room. It was small, funky and cramped with her gal pals fussing over her. Sheryl twirled about showing off her white thrift store dress. Had they been in a presidential suite, they could not have been happier.

I made my way over to the ceremony spot. To get to the beach, you have to walk down 144 steep steps. As I made my way down, I noticed several boys and girls playing Frisbee. They were just a little older than Sheryl and Tad were on the day of their first kiss. He was fourteen and she was thirteen. They became high school sweethearts. After graduation life got in the way and they drifted apart. Over the years they were hazily aware of each other’s whereabouts and then, a year ago, Tad reached out on Facebook. . .

It grows late and light is falling. As we wait for Sheryl and her posse, Tad tells me that his daddy is deceased – he died when his tractor rolled over on him – he was only thirty-nine. Tad’s great-granddaddy died when Tad was twenty.

He talks about these rough-hewn farming men with a quaver in his voice. He loved them and I’m moved by the still rawness of his love. Mist is inching in on us and I have the sense that the spirits of Tad’s father and grandfathers are here with us.

Today is the 51st wedding anniversary of Tad’s parents. That’s why he wanted to get married on this day.

He’s starting a new job. He sweated through seven interviews for the job of laying cable in Long Beach. He admits that he doesn’t have “much self-confidence” and so the interview process was grueling. He starts work tomorrow at 7:30am – no time for a honeymoon.

He may not think he has confidence, but on this night he has all the confidence he needs to marry the woman he loves – and has loved for most of his life.

I have Tad and the friends who’ve gathered move over to a spot that won’t be washed up by the in-coming tide.

A woman forms a circle with tossed rose petals.

Folks begin to hum the wedding march as we glimpse Sheryl at the top of the stairs. As clichéd as it sounds, she really is a vision of loveliness as she descends through the mist!

There’s no photographer – just smart phones. They read their personal vows by the light of an i-phone supplied by a friend

They are a stolid couple throughout the ceremony, though they do share an occasional shy, sly wink.

Tad is a simple man whose life is grounded in the continuity of family. He was able to be there on that beach because of them.

“The institution of marriage” is such a cold phrase that doesn’t capture what these two are about. . .standing on that beach – fragile, scared and scarred, brave and hopeful, generous and ignorant. When they first kissed thirty years ago they had no idea what it would take to get to this moment in time.

I’m again reminded of my favorite quote from the movie, “Shall We Dance?”

Tad has witnessed three generations of men grow old with the women they loved and married. And now he takes his place alongside them. Now he becomes a witness to the woman he loves.

A bride in a thrift store dress – a groom grateful for a new job – a couple who took thirty years to make good on their first kiss – those are not the components of an “institution” and those are not the props of a fairy tale. They are the markers of a life lived in all its glory and in all its uncertainty.

Earlier in the evening, while waiting at the bottom of those 144 steps with Tad, a teenaged boy walked by, noticed Tad’s blue sneakers and then glanced at his eyes. Nodding to the shoes, he said, “Cool, they match your eyes” and bounded up the steps.

It was a remarkably small detail but –

what’s a life well lived other than the accumulation of remarkable details? 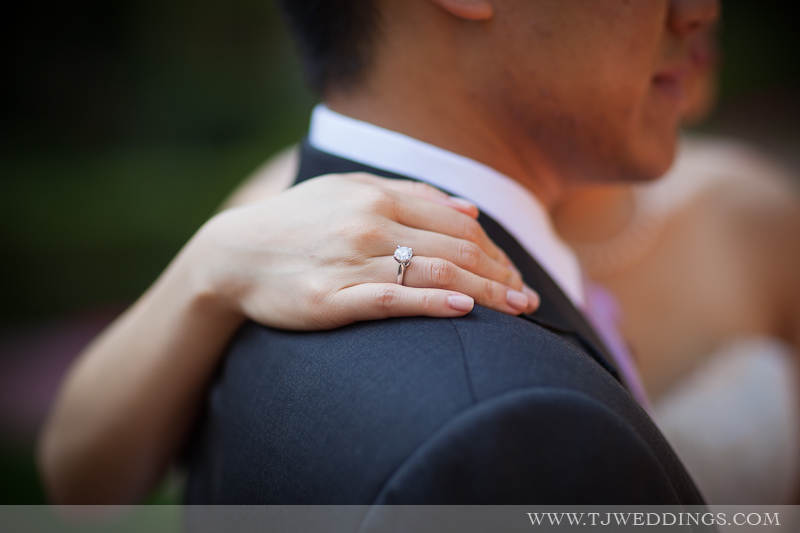 Earlier in the summer was at a networking event for wedding professionals where I met up with Lindsay Longacre, founder of LVL Events, one of SoCal’s premier event planning and design companies. Lindsay is one of the reasons why I love officiating weddings – because I get to work with some amazingly good and talented professionals!

Lindsay told me that she recently referred to one of my ceremonies in an Industry presentation she had given. It’s a story I’d forgotten about, but one worth sharing.

Scott and Shannon were having an outdoor ceremony in a venue that was casual chic by the ocean. They’re a fun and funny couple and so were their guests, families – and wedding party.

Their vows brought tears all around.

And then I turned to the best man for the rings. He looked perplexed and shrugged. I was not amused, but gave a forced smile. Still – no rings. With an even more forced smile, I whispered, “Dude, I really need the rings – now!” Alarmed, he loudly whispered, “I really don’t have them!”

Turns out, the rings were back in Shannon’s hotel room!

I made a joke (don’t remember exactly what I said) and we went on with the ceremony.

Lindsay, as the event planner, was embarrassed she’d forgotten about the rings (that rare, once in a blue moon moment) and I was annoyed with my self for also having forgotten to check for the rings before ceremony start. I’d been distracted, though, because a couple approached me about fifteen minutes before the ceremony and reminded me that ten years before I had done their ceremony!

After the ceremony I had scheduled a meeting with a couple at a nearby Starbucks. I went to my meeting and the best man went to the hotel. Later, I returned to the reception and before the salad was served, Shannon and Scott exchanged rings.

Everyone loved the sweetness of the moment. The exchange of rings was even more special because of the unusual circumstances.

Had their ceremony been ruined? No. It just had a “different” twist.

Remember – focus on the magic and not the perfection of your celebration.