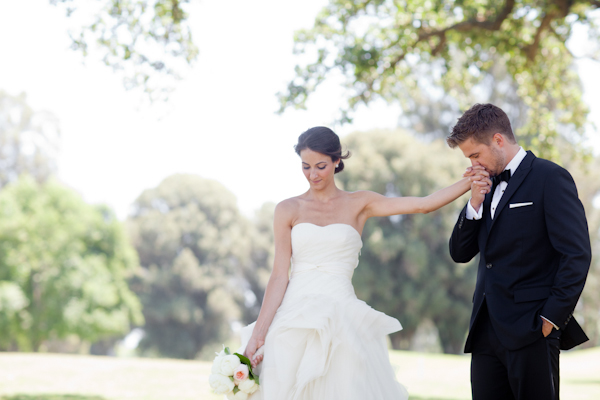 As a non-denominational wedding officiant, almost every weekend I stand before a couple and bear witness to their vows. And each time, as I look out on the gathering of family and friends, I realize that the couple before me will probably never know just how much they are loved.

For me, a wedding ceremony is a HUGE hug that family and friends offer to the couple.  Yes, at its core, the ceremony honors and celebrates the love and commitment of the couple.  BUT, the ceremony is also that unique time to celebrate all the loves that have helped to bring a couple to that moment in time – parents and grandparents, aunts and uncles, friends tried and true.

Couples come to me because they want a non-denominational wedding ceremony that evades the clichés and that is personalized. More times than not, they’re uncertain as to what kind of ceremony they can have if they have no religious backgrounds or if they don’t want to incorporate the religious traditions of their families.

So, what can they do?

Here’s the thing – the true emotional impact of a ceremony is created by the “visuals.”  The truest way to personalize your ceremony is to incorporate the people, the significant loves, who are part of the fabric of your life together.

This was brought home to me last month when I officiated the Los Angeles wedding of Nikki and Mark.

Mark’s family is staunch mid-West Catholic and Nikki’s is culturally Jewish. They didn’t want a religious ceremony and, in fact, Nikki didn’t want “God” mentioned. They did want a ceremony that had a rich texture to it.

Here are 6 ways they personalized their ceremony ~

While this might sound like a lot of choreography, it actually wasn’t. The entire ceremony, from the time I took my place until they kissed, was no more than thirty minutes – and they had a combined total of sixteen attendants (mixed sex on both sides)!

The ceremony was personal because Mark and Nikki incorporated elements that made sense to who they are as a couple and they decided to place the emphasis on family.

It was warm and gracious as it honored the sacredness of what they were doing, yet, was not “religious.”

People go to a ceremony hoping that it won’t be too long or too boring.

A personalized ceremony allows people to feel rooted and renewed and refreshed.

It’s all about providing people the opportunity to give you that big, tight “hug” –

and so bless, and confirm your union!

How To Write Your Vows: Giving Voice to What Is Deep Within